Should You Buy the Aeezo Digital Photo Frame in 2022? 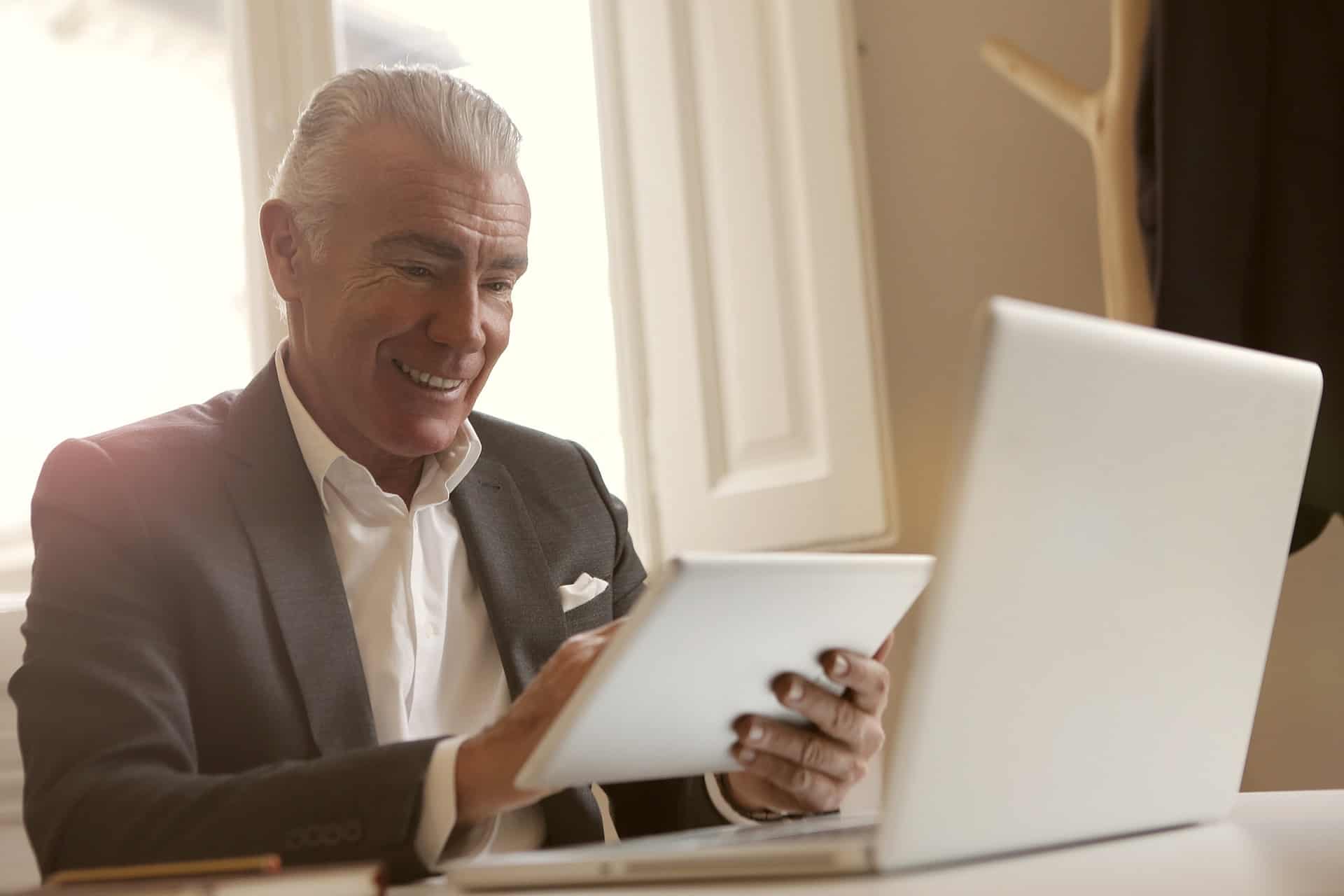 Can I connect the Aeezo digital photo frame to my computer?

There is no way to connect the Aeezo digital photo frame directly to your computer. These frames can only receive photos via the Frameo app or from a connected USB/SD card. Unlike other frames like the Pix-Star, there’s no way to create and sync a folder from your computer to your frame wirelessly.

If you need to get photos from your computer onto the Aeezo digital photo frame, copy them to a supported USB/SD card. Note that you can’t use any USB/SD card larger than 64GB. This can be slightly frustrating as these flash storage drives are so cheap. Most smartphones and cameras will use cards with more capacity. For reference, Pix-Star’s frames don’t limit the maximum capacity of supported USB/SD cards.

Alternatively, you can send the photos from your computer to your phone. This is possible wirelessly through storage platforms like Google Drive or wired using a USB connection. Once the photos are on your phone, download and install the Frameo mobile app. Follow the setup process for adding friends on the Aeezo digital photo frame. Input the code displayed on the frame into the app. Note that you can only send up to 10 photos at once – and can only send to one receiving a frame at a time.

For comparison, Pix-Star’s mobile app (Pix-Star Snap) lets you send up to 250 photos to several Pix-Star frames at the same time. These received photos can be set to display in the current slideshow as soon as they are received. Pix-Star’s mobile app can also send video clips (2-minute clips compared to Frameo’s 15-second clips) and audio messages to any/all of your Pix-Star frames!

Pix-Star’s frames have a web album feature that lets you sync a folder from your computer to your Pix-Star frames. Once linked via the web interface, you simply need to connect each frame to the folder. All the photos in that folder will be synced to all frames. All you need to do is set the folder to automatically update, drag and drop photos into it, and Pix-Star will take care of the rest. It’s one of the fastest ways to send photos wirelessly from your computer to all your digital photo frames at the same time!

Can the Aeezo digital photo frame receive photos from my phone?

Send pictures to the Aeezo digital photo frame from your smartphone by using the Frameo mobile app. It’s worth noting that this app only lets you send up to 10 photos in one go – and you can only send to one receiving a frame at a time. The setup process is relatively simple and quick. With that said, it’s quite a bit behind what other top mobile apps offer. For example, Pix-Star’s mobile app lets you send up to 250 photos to multiple Pix-Star frames at the same time.

You can also send video clips (maximum length of 15-seconds) via the Frameo app. While it’s better than nothing, it’s also lagging behind Pix-Star’s frames. Pix-Star lets you send and play 2-minute video clips, which is more than almost any other premium frame on the market.

Another alternative would be to load the photos from your phone to an SD card. This is the faster option if you want to send several hundred photos to the Aeezo digital photo frame. Note that only SD cards smaller than 64GB are supported (compared to Pix-Star’s unlimited support).

Aeezo does not support plug & play. You have to transfer all the photos you want to view to the frame’s internal storage before viewing them in slideshows. This is a little outdated as many other top frames like the Pix-Star let you play slideshows directly off a connected USB/SD card.

How does the Aeezo digital photo frame compare with the Pix-Star?

The Aeezo digital photo frame is relatively new to the market. It has a simple setup process and a rather limited feature set. There are two ways to load photos to the Aeezo digital frame. The first is by USB/SD card (limited to 64GB with no plug & play feature); the second is from your phone using the Frameo mobile app (limited to 10 photos at a time). These frames have 16GB of internal storage and cloud backups. These cloud backups are only for recovering photos after resetting the frame.

Pix-Star’s digital frames are one of the most popular premium frames on the market. They use a 4:3 aspect ratio and are available with either a 10-inch display or a larger 15-inch display. Pix-Star’s frames can receive photos through several methods. The most popular is the Pix-Star Snap mobile app (up to 250 photos to several frames at the same time). Pix-Star also supports USB/SD cards with no maximum size limit. The plug & play feature lets you play slideshows directly off the USB/SD card.

Pix-Star offers photo-sharing methods not available with Aeezo’s digital frames. Pix-Star’s photo-mail feature lets you email photos to your frames from anywhere in the world. Send pictures from any device and set them to display in the current slideshow the moment they’re received.

Pix-Star’s web album feature is arguably the most versatile feature on the market. Here you can import photo albums from external sources like Facebook, your computer, Instagram, Flickr, Google Drive & Photos, and many more. These web albums are saved to the Pix-Star’s internal storage and are available offline. Web albums are remotely manageable and you can even start slideshows from them via the web interface – no matter where you are in the world.

Aeezo’s digital photo frame doesn’t have any way to interconnect. Sending photos to more than one frame at the same time is slow and hard to set up. Pix-Star doesn’t have the same issue thanks to multi-frame control groups. Create control groups with up to 25 Pix-Star frames and manage them from anywhere in the world. Adjust any of your frame’s general and slideshow settings, start and control slideshows from anywhere, update firmware, manage local and cloud storage, and much more. Use the web interface to remotely configure any of your connected Pix-Star frames.

In terms of slideshows, Pix-Star’s frames take a big lead. You have fine control over which files and folders to include in slideshows. With Aeezo’s digital photo frames, you can’t create folders or manage which photos are included. The only way to do this is to hide each photo one by one as you browse through slideshows.

Pix-Star lets you start slideshows from specific sources, selected files and folders, and more. It’s easy to use and offers a much higher level of customization and personalization than Aeezo’s frames. Pix-Star’s 4:3 aspect ratio better suits the photos we take on our smartphones (usually 4:3). While Aeezo’s frames do have a “screen fill” feature, your photos will be cropped and zoomed in. Additionally, Pix-Star lets you set slideshows to show recent photos more often, ignore small or old photos, and even create unique collages with up to 5 pictures.

In summary, while the Pix-Star frame is more expensive, the leap in functionality and versatility is far more significant than the price jump. Pix-Star’s frames are better for families and those with elderly users than Aeezo digital photo frames. The remote configuration, automated photo-sharing through web albums, great slideshows, and robust feature set makes the Pix-Star one of the best.

Pix-Star’s free-for-life cloud storage, excellent USB/SD card support, and customization make it a better overall choice than Aeezo’s digital frames. You’ll get better value for money and a digital frame you – and your loved ones – will keep around for years to come!

Aeezo digital photo frames use a touchscreen to control the frame, navigate menus and slideshows, etc. Unfortunately, the screen is very glossy and you have to constantly clean fingerprints off. The display is difficult to view from an angle as the reflection are overpowering. This is especially true in large or well-lit rooms like the living room.

We don’t recommend buying a touchscreen digital photo frame. Despite them being slightly more intuitive, they’re a lot less durable. They scratch extremely easily and need to be wiped down after every use. A touchscreen display larger than 8-inches are much more expensive than an equally sized non-touch display. This leads to sacrificed features, poorer build quality, and more – all to keep the price competitive.

For reference, Pix-Star’s frames use a handheld remote so that you don’t need to be right in front of the frame to adjust settings. Alternatively, you can use the web interface to remotely adjust settings, start slideshows, and more. Non-touch digital frames are more durable and the displays are less expensive – leaving room for more robust feature sets and better real-world performance!

Aeezo digital photo frames need a constant power connection to function. When you initially set the frame up, a warning prompt instructs you to not remove the power cord while the frame is running. This can damage the frame or cause it to lose pending photos.

We rarely recommend buying a battery-run digital photo frame as they have poor battery life, sub-par longevity, and their only benefit is mobility. This benefit is quickly overshadowed by the need for constant charging, poor features, and underwhelming real-world performance!