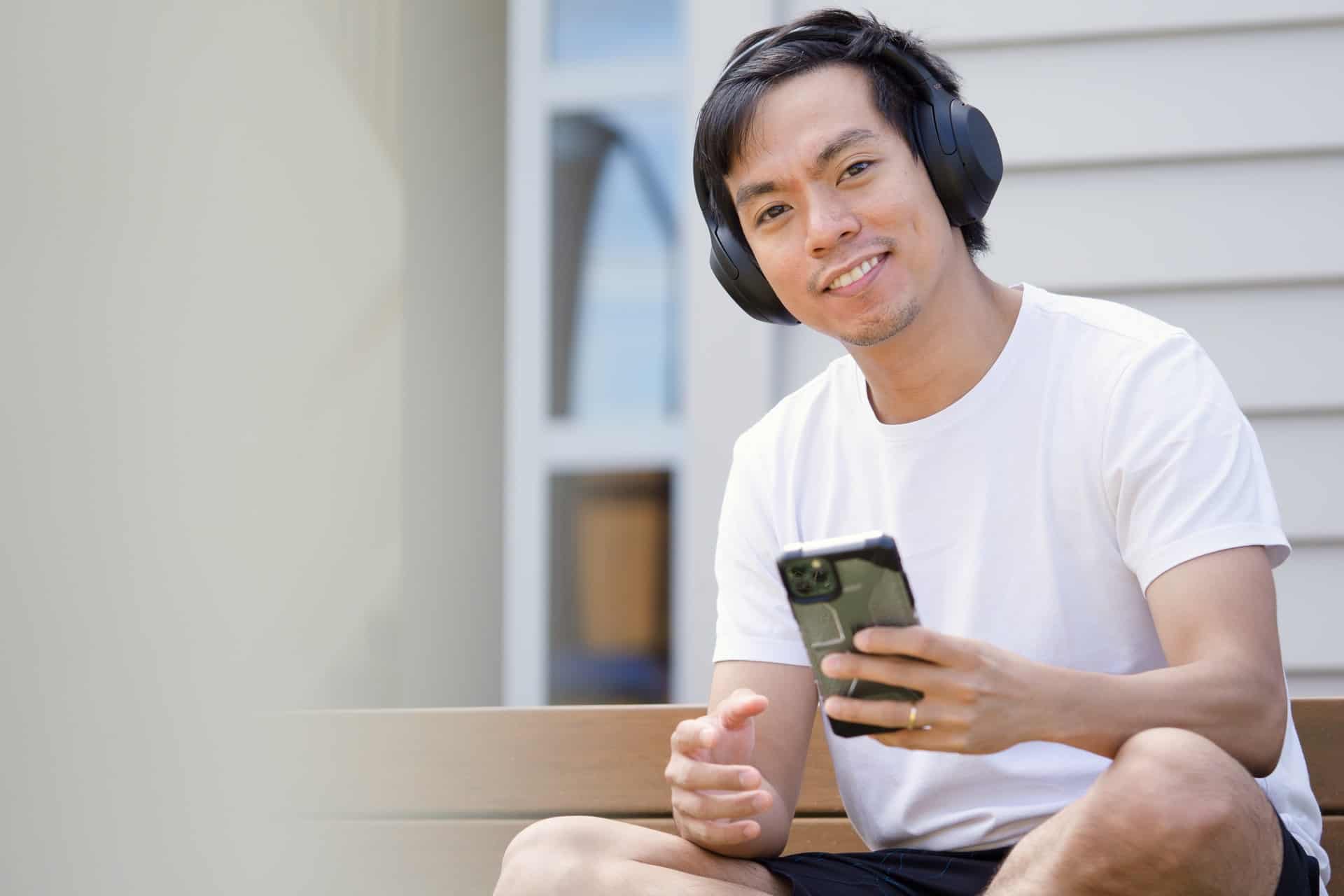 Bluetooth digital picture frames usually use a combination of Bluetooth and Wi-Fi – especially during the initial setup process. Bluetooth-only digital frames are very rare and usually only found in the very cheap budget range. These frames are often very limited and only work with the mobile app with limited internal storage.

It’s far more common to see digital frames that use Bluetooth during the setup process. While you can send photos with Bluetooth on these frames, it’s significantly slower and you have to be within the Bluetooth range of your phone or they won’t connect.

This is one of the main reasons that Bluetooth digital picture frames haven’t become popular – you need to be in the vicinity of the frame. With a Wi-Fi frame, you can send photos and even manage the frame remotely from almost anywhere in the world – as long as both the frame and the connected device have Wi-Fi.

Even when you’re right next to the frame, Wi-Fi still offers a better way to send photos. It’s faster and more efficient, plus more user-friendly for elderly users and large families. There’s also the in-person alternative of loading thousands of photos onto a USB/SD card and inserting it into the frame. While this only works with frames that support USB/SD cards, it’s a user-friendly and fantastic offline way to send large quantities of photos and other media to your frame.

Is the Pix-Star a Bluetooth digital picture frame?

Pix-Star’s frames are fully Wi-Fi and cloud-capable, eliminating the need for Bluetooth. Both the mobile app and web interface connect directly to the frame via Wi-Fi, and the Pix-Star frame supports USB/SD cards. There’s seldom a time when Bluetooth would be the handiest option for sending photos to the frame or managing the frame remotely.

You also get a handheld remote control that’s used to navigate the frames menus and let you manually move through slideshows. Additionally, onboard controls and the ability to control a Pix-Star via the web interface give you all the control you’d need.

Wi-Fi beats Bluetooth for connecting the mobile app to your frame. Once you’ve set up your Pix-Star digital picture frame, you just need to input its dedicated email address into the mobile app when sending your first pictures, videos, or audio. From then on, your frame is automatically saved and just needs to be selected from the list of connected frames. You can send the same photos to multiple frames at the same time, and the sending limits are far more lenient than with Bluetooth.

When you factor in features like linking web albums from social media and photo-sharing platforms (from your or other peoples’ accounts). This isn’t possible with Bluetooth as you’re limited to connecting and interacting with one device at a time.

In summary, Pix-Star’s frame is much like most of the other top frames on the market in that it doesn’t find Bluetooth particularly useful. Wi-Fi wins clearly when it comes to versatility, speed, ease of use, and effectiveness – almost every time. There are some situations where Bluetooth would be handy, but it’s quickly overcome by adding USB/SD card support and enough internal storage to keep a few thousand pictures for offline use.

Are Bluetooth digital picture frames worth it?

As we’ve already hinted at, Bluetooth digital picture frames are rarely found in the high-end or premium end of the market. Bluetooth struggles to meet the needs of these premium frames and doesn’t do a great job at competing with the capabilities of cloud and Wi-Fi compatibility. Even based on solely offline abilities, USB/SD card support can be more user-friendly and versatile than sending photos via Bluetooth.

Combine all of this with the sizeable internal storage of many of the top frames boast, you’ll have extensive offline capabilities. From starting slideshows to storing thousands on photos and other media, Bluetooth often can’t keep up with the increasing needs of top frames.

Where you will find Bluetooth digital picture frames to be more common is at the low-end of the budget range. This is because most budget and cheap digital frames lack Wi-Fi and cloud capabilities. They’re usually limited to only USB/SD cards and internal storage for receiving and holding photos. In these cases, Bluetooth can add a handy way to send photos without using a USB/SD card when you’re in the range of the frame.

How to send photos to a Bluetooth digital picture frame?

This is usually done the same way you’d send photos between phones. Make sure the Bluetooth is on for the frame and the phone. Use the phone to pair with the frame and connect to it. Once they’re paired, you should be able to select the photos you want to send from your gallery and share them with Bluetooth. Select your frame from the list and send them across.

Depending on the size of the files and the quality of both your phone’s Bluetooth and the frame’s receiver, it could take several minutes to send. Make sure you save the files to the desired folder on the frame so that you can access them easily while offline.

Only the higher-end frames that offer Bluetooth functionality can use Wi-Fi in unison with Bluetooth. It’s usually only between the frame and a mobile phone via the frame’s app that you can send photos with Bluetooth. Even then, it’s often just a way to initially connect and sync your phone with the frame after setup. You’ll find it much quicker to send photos to your frame via Wi-Fi – and it has the added advantage of being able to send from anywhere.

That being said, Bluetooth is a handy way to send a couple of photos while you’re next to the frame and don’t have access to Wi-Fi or a USB/SD card. Its use is limited, but a nice addon if you don’t mind paying a slightly higher price for the extra functionality.