The Picture Frame TV Explained in Less than 5-Minutes! 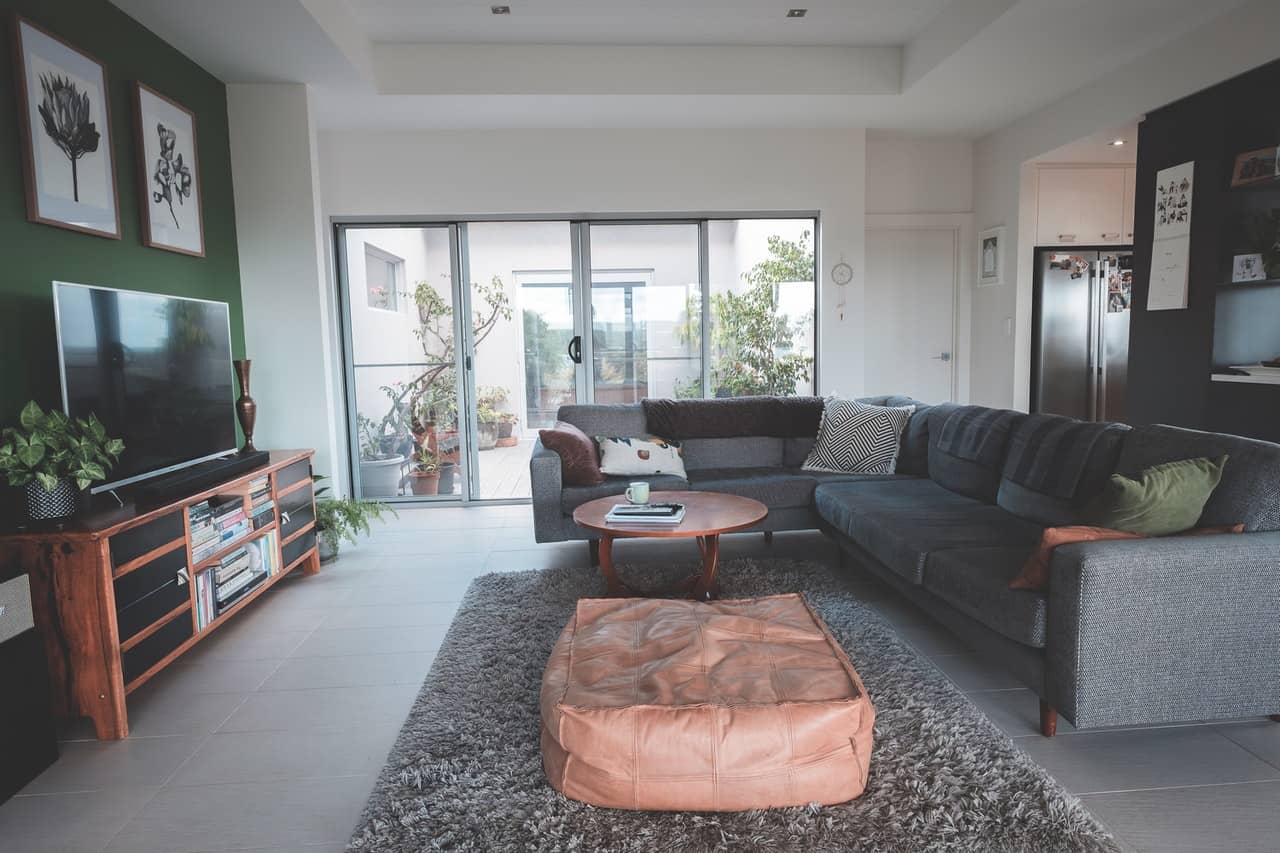 How big is a picture frame TV?

A standard picture frame TV from a brand like Samsung ranges from 32” up to 85”. While you can find dedicated smart TVs larger than this, they don’t fill quite the same purpose as the picture frame TV. You can find 43”, 50”, 55”, 65”, and 75” picture TV frames in this range – though this may vary between brands.

The smallest and most affordable picture frame TV is the 32-inch version. Samsung sells its 32” TV frame for around US$1,000. The exact price varies depending on where you buy it from and they’re only available via pre-order (which means the price may go up in the future).

Large TV picture frames like Samsung’s 85” model can cost upward of $4,000 – not an insignificant amount. Prices like these are expected due to the higher price of these ultra-high-resolution behemoth display panels.

For comparison, most popular digital frames fall into the 10” to 15” size range. The best digital picture frame size depends on your unique home setup, family, and needs. We recommend starting with the 10” digital frame. Premium 10” frames like Pix-Star are affordable at around $150 – significantly less than what you’d pay for a picture frame TV. Pix-Star also sells a larger 15” digital photo frame if you need the spectacle of a large display.

Bigger is not always better – particularly in the digital frame world. Buying a massive 85” digital frame display could be a massive waste of money. You need to tailor your purchase to your home’s vibe, aesthetic, setup, and family/individual needs. For example, a wall-mounted 15-inch digital frame might be a much better fit for the empty wall than a behemoth digital display – and a lot lighter on your bank account.

If you’re going to buy a picture frame TV, we recommend staying somewhere in the middle of the size range. A well-chosen 32” TV frame could be a lot more effective than a huge 70” display – especially for the average home.

We’d recommend avoiding picture frame TVs altogether. While they do have an objectively great display, there’s a lot more than goes into making a digital frame great for the modern home & family. Picture TV frames often miss features like cloud storage, intuitive photo-sharing, mobile apps & web interfaces, and more. We’ll explore these missing features that good value digital frames like the Pix-Star offer in the coming sections, so stay with us.

Why are picture frame TVs so expensive?

A photo frame TV from a reputable brand like Samsung, LG, or Sony will cost anywhere from US$1,000 up to $8,000. This is a big investment for a device that’s meant to do what a digital frame does – but at a larger scale. Unfortunately, while the display is grand and stunning, they often fail to match the functionality and versatility of significantly cheaper digital frames like the Pix-Star.

A great premium digital picture frame like the Pix-Star 15-inch costs $199. That’s much less of a blow than the high four-figure price tags of TV picture frames from brands like Samsung.

Despite costing much less, Pix-Star’s frames are incredibly versatile (often more feature-rich than picture frame TVs). They have robust feature sets that offer free-for-life cloud storage, a great mobile app and web interface, and an extensive remote configuration feature. You can access, manage, and control up to 25 Pix-Star frames from a single user account via the web interface – no matter where you are in the world.

Share photos (up to 250 at once) to several Pix-Star frames in just a couple of seconds using the mobile app. Use the web dashboard to import photo albums from social media and photo-sharing sites from anywhere. Load photos over email and even by USB/SD card. You can play slideshows right off the inserted USB/SD card with just one button press.

Unless you need the massive display that a picture frame TV offers, your money is better spent elsewhere. Despite being branded as a “digital frame”, picture frame TVs don’t offer much functionality to suit. Photo-sharing is often clunky and the interface isn’t very user-friendly or great for elderly users. TVs aren’t known for their smooth menus and interfaces – and this rings true for most digital TV frames.

In summary, we don’t think the digital TV frame is worth the high price tag. They don’t fill the role of a digital frame very effectively, they miss out on several key features, and cost several times more than a premium digital frame like the Pix-Star.

If you need a media and content streaming hub, get a smart TV. If you need a way to share and experience your favorite memories with your loved ones through personalized slideshows – get a digital frame like the Pix-Star 15-inch digital Wi-Fi & cloud frame!

What’s the difference between a digital frame and a TV picture frame?

The biggest difference between digital frames and TV picture frames is price. Picture frame TVs cost anywhere between $1,000 and $8,000 (USD). This depends on their size, display size & resolution, and aesthetic design. By contrast, digital Wi-Fi frames generally cost between $150 and $300. This also depends on the size, feature set, screen resolution, etc.

As mentioned earlier, picture frame TVs have large, high-resolution display panels, often using QLED technology. Display resolution often ranges from 1080p up to 8K. Most of these picture frame TVs fall into the 2K to 4K resolution range. Most great digital picture frames have a 1024×768 display resolution as they have a smaller display. While some digital frames offer higher resolution panels (up to 2K), we don’t recommend them. They’re very expensive and often sacrifice important features to keep the frame competitive.

TV picture frames are better for video and audio playback. They’re made to act more like media hubs than digital frames – which is why they don’t dominate the digital frame market. You can often connect to steaming platforms like YouTube or Netflix, though they don’t always work seamlessly.

On the other hand, digital Wi-Fi frames like the Pix-Star can play video and audio. Most digital frames place limits on the maximum length of video and audio files. Their main focus is on photo-sharing & playback through customizable slideshows. Pix-Star’s digital frames can play 2-minute video clips, connect to external speakers, include videos in slideshows, and more.

Digital Wi-Fi & cloud frames typically offer much better photo-sharing methods. For example, Pix-Star let you use the mobile app and web interface to send and import photos to several frames at the same time. You can send up to 250 photos at once (too many frames) with the Pix-Star Snap mobile app. Using the web interface, you can import photo albums from external sources like Facebook, Instagram, Google Photos & Drive, and many more.

TV picture frames fail to offer intuitive photo-sharing. They’re often overly reliant on a central cloud server and don’t let you send to several TV frames at the same time. This is something that standard premium digital frames offer for a lot less money.

Remote configuration support lends the digital frame another big win. With Pix-Star’s frames, you can access and remotely manage up to 25 Pix-Star frames. Using the web dashboard, you can adjust their settings, start & manage slideshows, manage local & cloud storage, update their firmware, and much more.

There are motion sensors, handheld remote controllers, and auto-on/off schedules to make sure your loved ones don’t miss a moment. Pix-Star’s frames are elderly-friendly, easy to set up, and great for the modern home & family. From across the room, any display resolution above 800×600 (on a 10” to 15” frame) is going to look very similar. It’s probably not worth spending all that extra money for fewer features, customizations, and unfriendly interfaces that TV frames are known for.

One final point worth discussing is the aspect ratio. Most of the photos we take on modern smartphones are in 4:3. Most DSLR cameras are best used with 4:3 and 3:2 crop settings. This avoids missing much of the scene, particularly on the top and bottom of each photo.

Digital frames like the Pix-Star that use a 4:3 aspect ratio can display these photos without extra editing, cropping, or distortion. It makes sharing a lot of photos effortless – an essential quality for a family-focused digital frame.

Most picture frame TVs use a 16:9 aspect ratio – one of the worst for displaying photos. If you pair this with their limited slideshow settings and poor photo-sharing features, you get a TV frame that doesn’t fill the role of “digital picture frame” very effectively. Not even the ultra-high-resolution display can save them here!

Pix-Star sells 10-inch and 15-inch Wi-Fi digital picture frames. These are the two most common digital frame sizes on today’s market, with most brands offering at least one. Pix-Star’s larger 15-inch frame uses a 4:3 aspect ratio and can easily fill large empty spaces like walls and mantelpieces. Pix-Star does not sell a picture TV frame.

Picture TV frames fall into a different segment of the market. While they’re branded as “picture frames”, they rarely have the features and functionality necessary to cater to the needs of the modern home & family. Photo-sharing is limited, the interfaces aren’t very intuitive, and they’re too expensive to consider getting several for multiple homes or big families.

Bigger is not always better, and this is certainly true for digital frames. There is a unique appeal to having a very large display for art and photos – though it’s not worth the hefty price tag.

For the modern home & family, we suggest getting a versatile digital Wi-Fi frame like the Pix-Star. They’re quick and simple to set up. They’re affordable enough to get several frames for your family’s homes/members. They’re easy to interlink, connect with social media, and share your favorite photos, videos, and audio messages to – no matter where you are in the world. Pix-Star’s frames are great for elderly users and are some of the only high-quality frames built with grandparents and families in mind!

Picture frame TVs can play videos and audio, though not as effective as a standard smart TV. They often struggle to connect to content streaming platforms like YouTube and Netflix. They also don’t have the greatest audio output quality. For the money, you’d expect video and audio support akin to a top-of-the-range smart TV.

Sending videos to TV picture frames is tricky. You often have to rely on connecting to central servers or content streaming platforms. While you can load videos to these frames by USB/SD cards, it’s not nearly as intuitive or elderly-friendly as with Wi-Fi digital frames like the Pix-Star.

These TV photo frames rarely have mobile apps that don’t require using 3rd party apps (which are often plagued by bugs and compatibility issues). Digital frames, on the other hand, have great mobile apps that let you send videos and audio messages right from your phone to your frame.

If you want to share quick video clips, photos, audio messages, and precious memories with your loved ones – no matter where they are – get a Wi-Fi & cloud digital frame. You can buy several frames, interconnect them, and enjoy effortless and intuitive sharing. Pix-Star’s frames even let you automate photo-sharing through their unique web album feature and remote configuration support!

Is the Photo Share Frame as Good as They Claim?

Is the 12-Inch Wi-Fi Digital Photo Frame Any Good?

A Quick Guide to Digital Frame Aspect Ratios in 2022